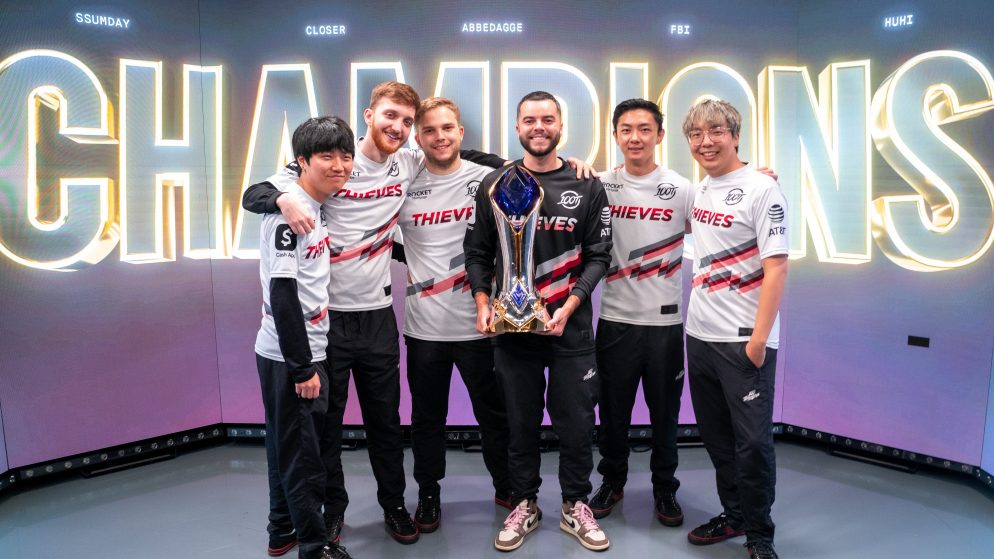 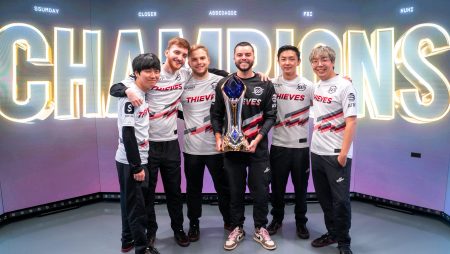 100 Thieves has rewritten history by becoming LCS champions for the first time ever. This is also the first time in LCS history that a team outside of the “Big Four”- C9, TSM, Team Liquid, and CLG- have picked up the title.

100 Thieves in League of Legends

100 Thieves began their journey in the LCS not too long ago in 2018. They competed at the NA LCS Spring 2018 and did make it to the finals. However, their efforts were cut short by Team Liquid that showed no mercy in that event.

100 Thieves made their Worlds debut in 2018 but couldn’t make it to the Playoffs. It was Invictus Gaming and Fnatic who played the Finals that year- both of them being in the same group as 100 Thieves.

The NA organization is having a much better year this time having secured top-four finishes in all 3 tournaments they’ve played this year. They also signed Felix “Abbedagge” Braun from FC Schalke 04 Esports who has been a top signing till now.

Road to the Finals

In the group stage, 100 Thieves finished 2nd winning 18 out of 27 matches. 100 Thieves’ Closer won the most MVPs (9) in the group stages, tied first with Spica of TSM. Since they became 2nd in the group stage, 100T moved onto Upper Bracket in the Playoffs. They then faced Evil Geniuses beating them 3-2 in a nail-biting knockoff round. Moving onto the Winners’ Finals, they lost to Team Liquid 2-3 and was dropped to the Losers’ Finals where they met Cloud9. It was a stroll at the park for 100T as they didn’t even have to play a fifth-round annihilating the C9 roster 3-1. It was time for vengeance as they met Team Liquid yet again in the Grand Finals. This time 100 Thieves showed no mercy and wiped Team Liquid off their feet beating them 3-0.

As a result of winning the LCS, 100 Thieves has secured a spot at this year’s Worlds 2021. Riot is yet to announce dates for the blockbuster event after moving the location from China to Europe.

Would you consider 100 Thieves to be your NA favorite at Worlds this year? Let us know what you think!