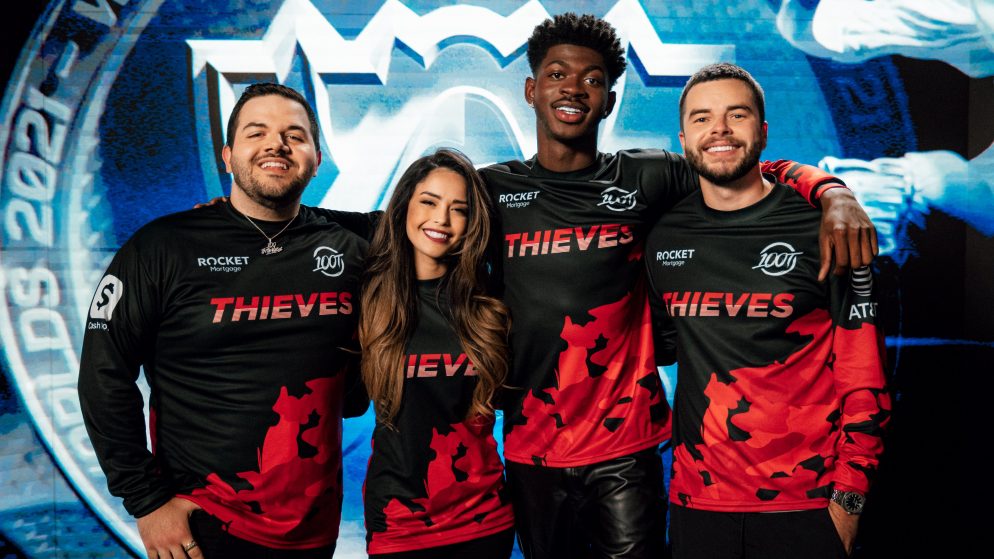 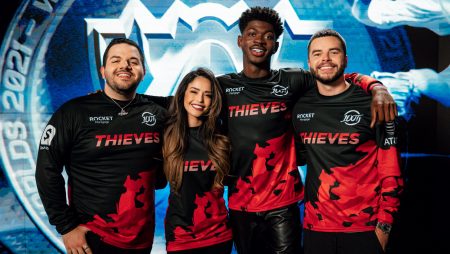 100 Thieves is all about being extra and taking collaborations to the next level. Now, 100 Thieves has taken it to another level by partnering up with Lil Nas X. The collaboration comes as an effort to build hype as 100 Thieves begins their journey at Worlds today against Edward Gaming.

Earlier this year in August, 100 Thieves won the LCS Championship beating Team Liquid in the Finals. This was the first time a team outside of the “Big Four” (C9, TSM, CLG, and Team Liquid) has won the LCS Championship. Thus, they are the fifth team ever to win the LCS title. You can read more about their title run here. Their title run was quite impressive given the fact that their roster was established not too long ago. Ssumday is the only active player that joined the roster before 2020.

It’s not a mere coincidence that 100 Thieves approached Lil Nas X to collaborate. 100 Thieves are actually big fans of the artist and would listen to his hit single Industry Baby before their matches began. So, they then decided to approach Montero and make a promo video together.

The video features some of 100 Thieves’ biggest names including Nadeshot, Valkyrae, CouRage and their LCS roster. Two of Nas X’s hits, That’s What I Want and Industry Baby plays in the background as the Thieves pose and groove along to the rhythm.

How far will 100 Thieves make it at the Worlds? Let us know in the comments below!