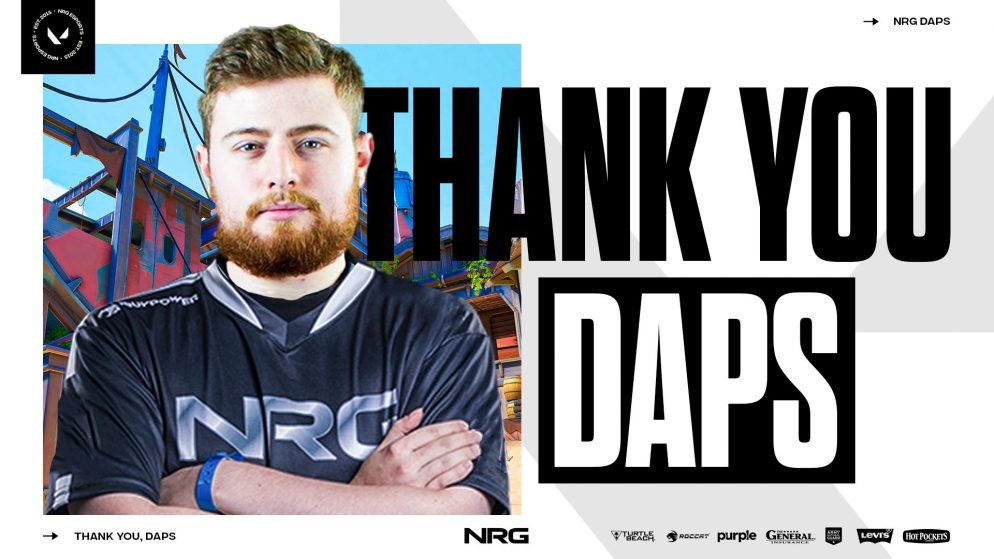 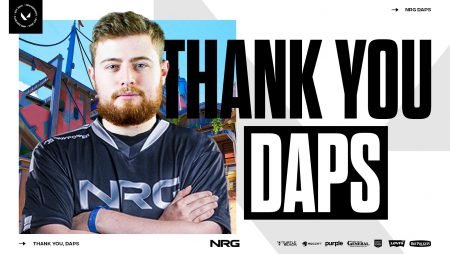 Damian “Daps” Steele has decided to step down from the NRG Valorant squad after announcing his professional retirement from the game. The Valorant pro admitted that he wasn’t enjoying the game much which is specifically the main reason for Daps’ retirement.

Like most Valorant professionals, Daps also began his journey with Counter-Strike. Originally of Argentine descent, the Canadian has always served as an IGL for pretty much every Counter-Strike team he’s played for. Daps represented quite a few top-tier teams in his CS days, including Gen.G, OpTic Gaming, and NRG. In October 2020, Daps decided to move on to Valorant after leaving Counter-Strike.

NRG immediately signed Daps and kept him on the roster since then. Daps served as the IGL of the Valorant roster as well. In his final few weeks, Daps played with s0m, eeiu, ANDROID, and tex. This year, NRG’s roster hasn’t really been near the top teams of the Valorant scene (unlike their Rocket League squad). They haven’t qualified for a major tournament like the NA: First Strike or either of the VCT Masters. But Daps’ reason to retire wasn’t the team performance rather the fact that he just didn’t enjoy playing anymore.

How does Daps’ retirement affect NRG?

Daps’ retirement is a huge blow for NRG’s Valorant roster. A time where they’re looking to make a mark in the Valorant scene, they have lost a valuable asset. NRG not only has to look for a new player, but also elect an IGL for this squad. It is unclear whether NRG has someone in their mind right now, but replacing Daps is now their hardest task. VCT Masters Stage 3 will begin early September, so time is of the essence as well. NRG must make proper recruitment as soon as possible.

Will Daps’ retirement prove too costly for NRG? Or can this actually turn into a blessing in disguise for the NA squad? We’ll find out soon!