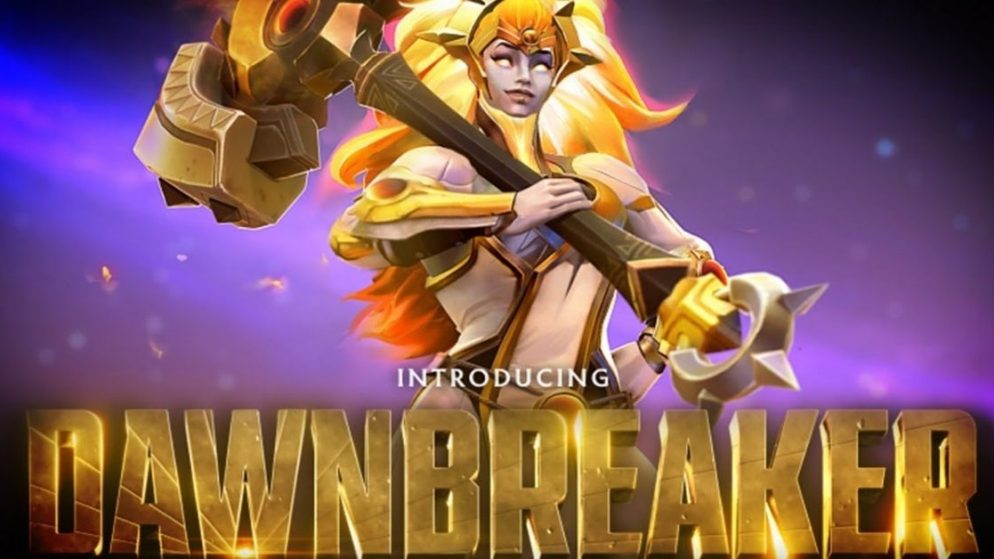 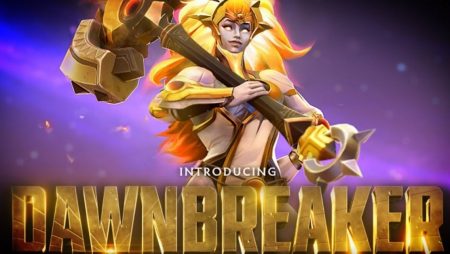 Recently, Dota 2 released their Patch 7.29 with quite a few reworks, hero updates, and quite a few item updates. But as expected, our spotlight’s on the brand new hero, Dawnbreaker. So, today we’re focusing on the latest hero and a small guide to go along with it.

Intro to the all-new hero, Dawnbreaker

Prepare to crush your opponents with the new hammer-wielding hero, Dawnbreaker. Her smashing attacks backed up by her healing prowess make her a formidable hero in the fields of Dota 2. Even though capable of dishing out damage on her own, she’s best used in synergy with other heroes staying close to them. This can be best understood once we take a look at her arsenal of abilities.

Whirling her hammer around thrice, Dawnbreaker deals bonus damage against her enemies. On the third and final swing, she smashes it into the ground stunning her enemies as well as damaging them.

Dawnbreaker flings her hammer at an opponent, damaging all enemies in the way. At the end of the destination, the hammer stops for a while and returns back to the hero, slowing down enemies on the way back. Dawnbreaker can recall the hammer anytime as well but it will pull her towards it meeting in the middle.

After every 4th attack, the brand new hero, Dawnbreaker hits the opponent hero with a critical hit. This attack, in turn, heals her allies positioned within 650 units of her. The heal will be a portion of the damage dealt by Dawnbreaker.

Teamfights are about to get crazy with Dawnbreaker’s Solar Guardian. Dawnbreaker generates a pulsing effect at the location of a target ally. Each pulse heals allies and damages enemies. After a while, she flies to the target location, stunning enemies while also dealing bonus damage.

How to play Dawnbreaker?

We see three different roles that go along with the abilities and stats of Dawnbreaker: Midlane, Tanky offlane and support. Of course, you have to go for a build that goes along with your role and style of play. No matter what role you play, you must ensure that you stick to your allies no matter what on the battlefield. This is how you’ll be making the most out of your healing powers. As you play the new hero, Dawnbreaker, you must also keep in mind to not be the first to engage in team fights. Dive in a bit after to make sure you can heal up your allies. With your stuns, you also have the ability to punish enemies when they’re going for an over-aggressive tower dive, so bear that in mind.