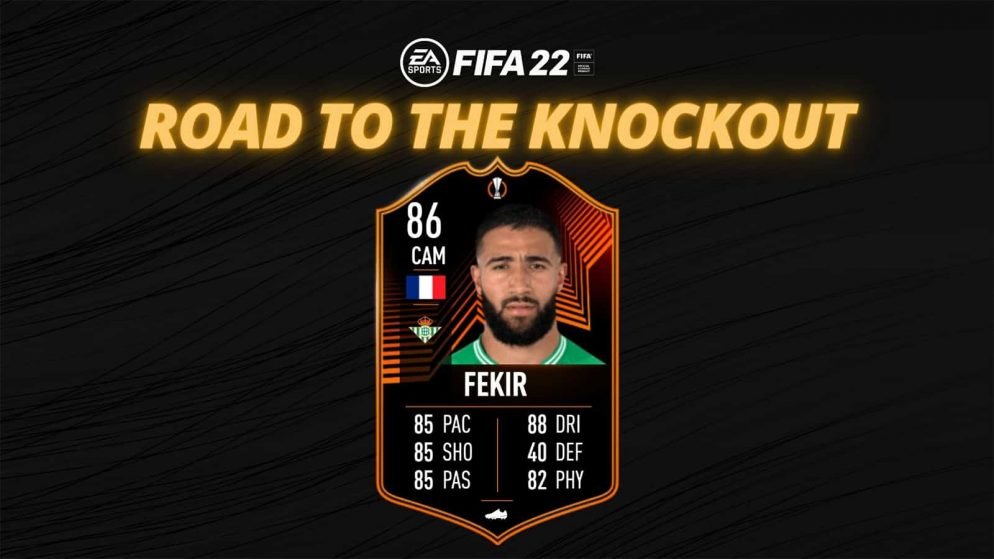 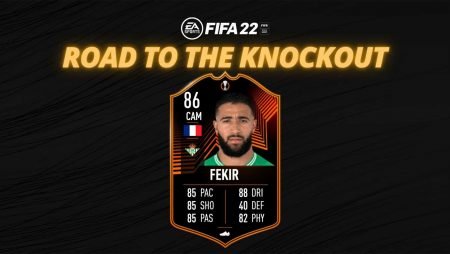 EA Sports has released the Road To The Knockouts promo last week. Along with the usual lineup of players, EA has also dropped an RTTK Nabil Fekir SBC. We completed the SBC right off the bat, played him for a couple of matches, and now have a solid verdict on him.

The entire SBC costs a little under 100k coins in the Playstation market.

85 pace, shooting, passing along with 88 dribbling is a solid foundation for this card to begin with. 4-star skill moves and weak foot combo does justice to this card. High attacking and medium defensive work rates is perfect for a player of this position. The stocky body type isn’t something that most players would prefer, so it’s a con. Flair, power free-kick, outside foot and finesse shot traits are all present in this card. Presuming you’re playing Fekir as a second striker or CAM, a Hunter chemstyle is the right choice.

The first thing you’ll probably notice about the card is the fact that the attacking AI picks up very desirable positions when looking for a goal. And scoring goals with this card doesn’t seem to be a problem at all. There has not been a single easy opportunity that has been squandered by this card. I’ve also tried out some finesse shots from outside the box and a lot of them went in thanks to the finesse shot trait. Left-stick dribbling with this card is pretty decent but try not to overdo it because of the stocky body type. If you believe in a pass-and-go playstyle, this card should suit you well.

With the price it comes at and the awesome links it provides, RTTK Nabil Fekir is completely worth the money. Most FUT players should have enough fodders in stock (presuming you haven’t wasted them in recent player SBCs), which makes it easier. It’s further assurance that this card will probably receive an upgrade in the near future.