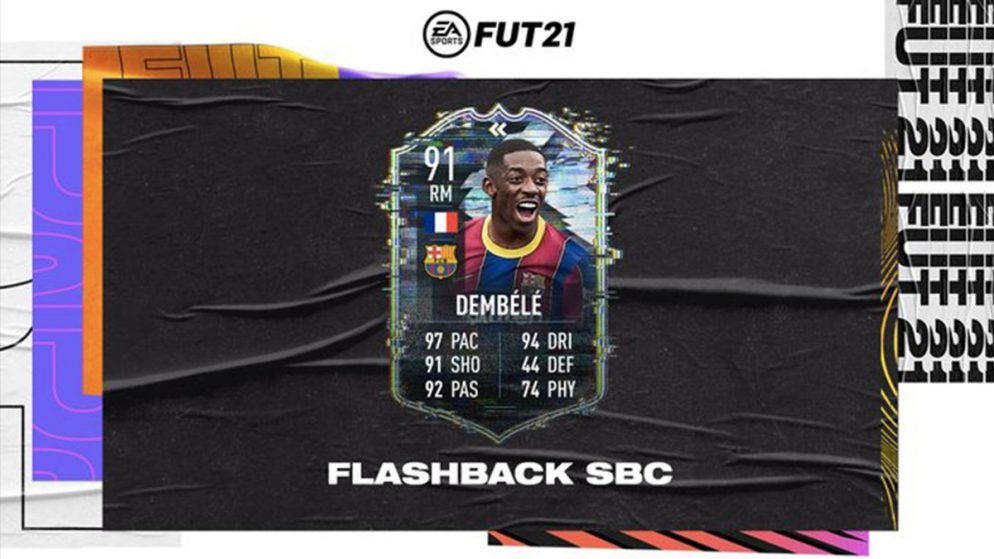 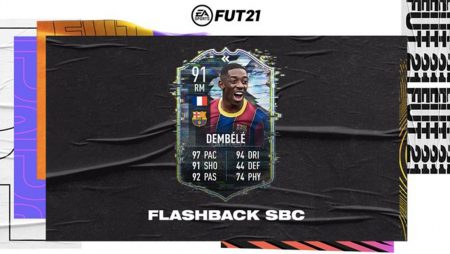 While everybody’s busy drooling over the TOTS cards, EA Sports has hit us with a banger of an SBC. And this time, we have received another Flashback SBC. Ladies and gentlemen, welcome Flashback Ousmane Dembele! Today we review this sick-looking card and give our verdict on whether it’s worth it or not.

In order to obtain Flashback Ousmane Dembele, players have to complete the following SBCs:

FUT players on Playstation 4 need a bit over 700k coins to complete the entire SBC. The Flashback SBC expires on the 11th of this month, so you have some time to think about whether you want him or not.

Ousmane Dembele’s stats are absolutely stacked to the core. 97 pace, 91 shooting, 92 passing, and 94 dribbling do justice to the card. As you’d expect, Ousmane Dembele features that much-needed 5-star skill moves and a 5-star weak foot too. He’s got a med/high work rate which is perfect for his desired position. He also has a unique body type which is always a plus point. Just like the regular card, Dembele has his flair and injury-prone traits.

Verdict- Worth it or not?

Costing you around 700k coins and with so many good TOTS cards floating around in the market, the question arises- Is Flashback Ousmane Dembele worth it or not?

The first thing I noticed using the card was that silky smooth dribbling. I’m not even talking about his 5-star skill moves. His left-stick dribbling is as good as you expect it to be. And his shooting is pretty good too. He almost seems to have this hidden finesse shot trait. This kinda reminded me of the regular gold Dembele everyone used at the start of FIFA 20. So, there’s no doubt that this is a pretty good card. But my recommendation for most FUT players would be to avoid spending so many coins behind this card right now. There are great tradable options out there that are equally as good if not better. I’d only recommend it if you’re in dire need of this particular card for chemistry reasons or if you really dig the 5-star combo.