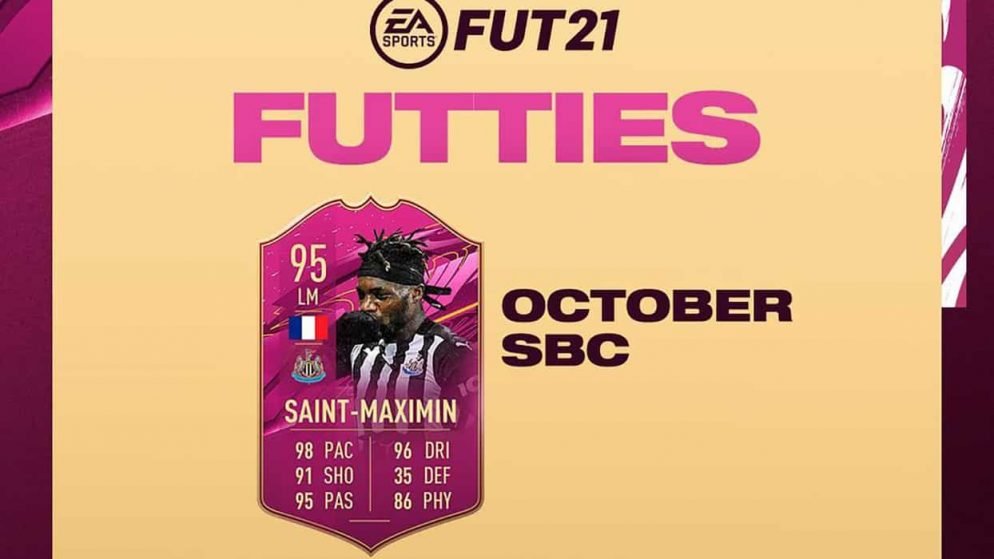 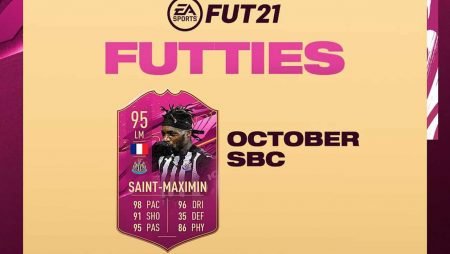 The FUTTIES promo is far from over and it has already gifted us some insane players to play around with. Today at esportsbetplay, we present our FUTTIES Allan Saint-Maximin review and judge whether he’s worth or nah.

If you want to obtain the FUTTIES Allan Saint-Maximin, the following SBCs have to be completed:

It takes a little over 450k coins currently on the PS4 transfer market to obtain this card.

98 pace, 91 shooting, 95 passing, and 96 dribbling- Futties Allan Saint-Maximin seems promising right off the bat. His 5* skill moves paired with the 4* weak foot should work well in the game. His low/high work rate combination is exactly what FUT players need for his position. He has an average body type which might not exactly be desirable for his position. As for traits, he does come with flair so that is a bonus for players that are deployed up front.

A Marksman chemstyle would fit this card just right. It will really max out some much-needed stats like Ball Control and Long Shots. Another pro of this card is since Saint-Maximin is French, you can easily link him to quite a few players.

Although an LM card, we tried out the card by starting him as a striker. Right off the bat, what’s noticeable is the smooth dribbling on the card. Left-stick dribbling Futties Saint-Maximin can chain skill moves without a drop of sweat. The shot power on this card is insane, to say the least. The card also seems to make forward runs and settle in scoring positions a lot of the times. I personally haven’t felt the average body type of this card, it feels pretty good inside the game. Overall, this card felt quite similar to the Flashback Ousmane Dembele.

Verdict- Worth or not?

Futties Allan Saint-Maximin is a super fun card to use. It’s cards like these that still make this game worthwhile. At 450k, this card is worth it in my opinion. I’d recommend it even more if you have quite a few fodders lying around.

We hope you liked our Futties Allan Saint-Maximin review. Let us know if you are using the card!