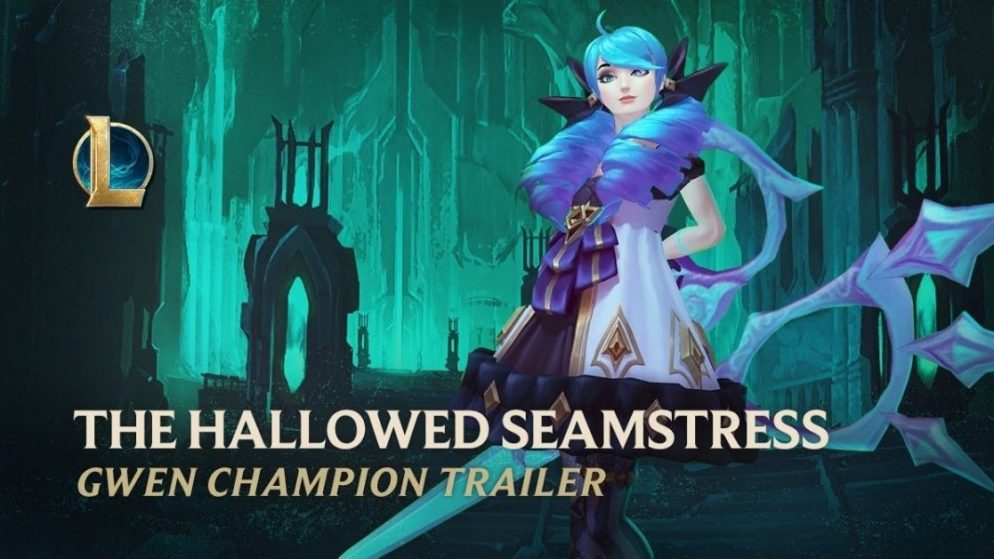 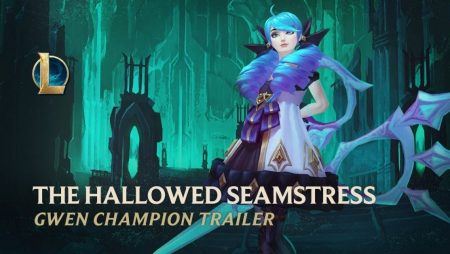 Riot Games has introduced a wide array of champions in the world of League of Legends till now. But have you ever wondered how it’d be if they ever introduced a doll as a character? Well, think no more. Riot Games is about to fulfil your fantasy by introducing Gwen, a cute little doll by day and a not-so-cute warrior by night.

The story behind Gwen

Of course, every champion in the world of League has a story to tell, and Gwen is no different. Michael Luo, a narrative writer of Riot Games, explained the idea of having a new approach to a character who’s happy-go-lucky. We’ve seen the cute and cuddly natures of League of Legends champions like Lux and Teemo, but how is Gwen any different? “One of the perspectives we haven’t explored someone who’s amazed by everything—even the little things like the feeling of grass or the smell of the ocean. Things we normally ignore because, to us, they’re so mundane.”

So they came up with Gwen: the doll. Luo also mentioned that they took the idea of a little girl visiting an amusement park for the first time as an inspiration. Gwen actually a doll created by Isolde, another champion introduced earlier this year.

Passive: Gwen’s passive ability is named Thousand Cuts. Her basic damage deals with additional magic damage. These basic attacks will also heal her for some of the damage dealt.

Gwen will snip her scissors at an enemy, and it will take place between two to six times. This number will depend upon the total number of basic attacks the champion has dealt against her enemy. It will also deal with the magic damage from her passive ability.

Her W termed Hallowed Mist. Hallowed Mist acts as a shield for Gwen. The duration of the shield is five seconds. During these five seconds, champions cannot target her. It also blocks any incoming ability of the opposition champion outside the hitbox, giving her added armour and magic resistance.

Her E is the Skip n’ Slash. With this, Gwen dashes a short distance, and her attacks are boosted (for four seconds) in terms of range, on-hit magic damage, and speed. In addition, If she successfully attacks an enemy during this time, 50% of her ability to cool down is restored.

The Mighty ultimate of Gwen called Needlework. Gwen can cast her ultimate for a total of three times. Upon the first cast, she will fire one needle, the second will cast three and the final cast will fire five needles. However, for this to work properly, Gwen must hit an enemy within 8 seconds to unlock the next cast. These needles not only cast magic damage but will also slow down her enemies. So The bonus damage of Thousand Cuts is applicable for her ultimate as well.

So By looking at her lineup of abilities, we’re pretty confident that the new League of Legends champion will be pretty overpowered.

Gwen included in Patch 11.8 which will go live on Wednesday, April 14. It will be interesting to see how players will make use of the passive and ability combo of the brand new Champion of League of Legends.