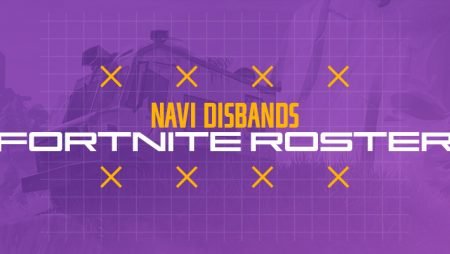 European esports giants, Natus Vincere (NaVi) leaves Fortnite today and finally announced their intent to step into Valorant. NaVi has already made a few moves regarding their Valorant lineup and will finalize the roster within the next 2 months or so.

Two years after creating a Fortnite squad, NaVi has now disbanded it. Bowman and AlphaAmons were the first names on the roster in early 2019. In October 2019, NaVi disbanded their Fortnite squad due to the “unprofitability of the title”. Quinten and LnueF were in the squad at that time. However, they soon made a comeback to Fortnite in July 2020. This time Putrick and 7tor represented their team. The duo has stayed with NaVi since then and showed no intention of leaving Fortnite.

NaVi has stated multiple reasons for leaving the Fortnite scene. First of all, Fortnite stopped being a priority for the team due to the arena being ‘unstable’. NaVi also opened up about focusing on other esports titles. They have recently announced their rosters for Brawl Stars and Wild Rift. The developers’ refusing to host the Fortnite World Cup is apparently another factor.

When announcing that they’re leaving Fortnite, NaVi did also declare they have an “exciting announcement to make“. And expanding to another FPS game was what they meant! Soon on Twitter, NaVi announced Kirill “Cloud” Nekhozhin to be their first signing of the Valorant roster. Kirill previously played for CrowCrowd joining earlier this year. He has over $5,000 in tournament earnings recently finishing top four at VCT 2021: CIS Stage 1 Masters. Cloud tweeted out:

NaVi COO, Aleksey Kucherov aims to develop the state of Valorant in the CIS region. “Our goal is to bring as many top-ranked players to the world championships as possible“- announced the NaVi chief. He also stated that they’ll be trying out different players in the coming months before finalizing their Valorant roster.

While some players are retiring from Valorant, NaVi is just getting warmed up. Only time will tell how far NaVi can go in the Valorant scene.