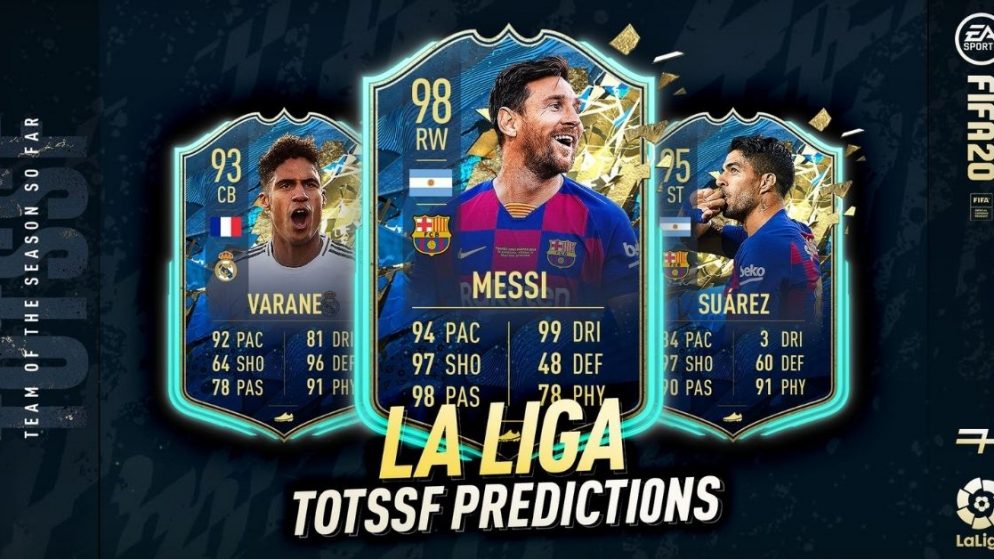 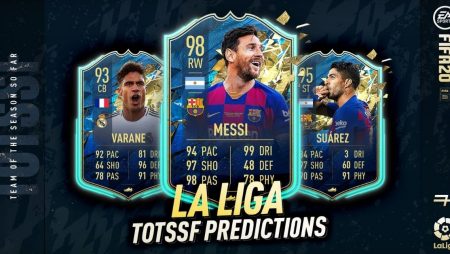 It’s that time of the year when each week we see a top league getting their Team of the Season cards released. Last week, we saw the Premier League, and this week it’s the La Liga. To celebrate the brilliant cards that are out in this week’s Team of the Season, we’re ranking the best La Liga TOTS 20/21 cards.

Usually, after the Premier League, FIFA Ultimate Team players look forward to the La Liga TOTS the most. And that’s pretty much justified, especially after the release of this year’s lineup. This season’s La Liga TOTS is stacked with a bunch of meta players. Today we delve deep into some of these players as we rank five of the best La Liga TOTS 20/21 cards.

We’re ranking in terms of the ascending order with the best card saved for the final spot.

Yessir, we’re kicking off this list with the one and only Yannick Carrasco. Carrasco is an extremely well-rounded card with really good pace, shooting, and dribbling stats. 4-star skills and weak foot is just what’s needed for the card. His lean body type, 99 agility, and flair trait really do make him a deadly combo.

While some may wonder how Yannick Carrasco made this list, our suggestion would be to just look at the price. The card is currently going for less than 300k coins.

Suarez is the first striker card to be featured on the La Liga TOTS 20/21 list. While Luis Suarez does have decent pace, he has really amazing shooting, dribbling, and passing figures. He also has a 4-star weak foot and 4-star skill moves. Now add a unique body type and outside foot shot to the list and you have a scoring genius. If you really need a striker to keep banging in goals and can spare a million coins, keep Luis Suarez as an option if you can fit him.

It shouldn’t be a surprise that Frenkie De Jong has made the list. Frenkie has definitely been one of the most opted players for La Liga Teams especially. We’ve seen a few special cards of Frenkie but this one is definitely the icing on the cake. The TOTS Frenkie De Jong card would serve as a great defensive midfielder in-game. A 4-star combo of skill moves and weak foot is a must-have at this stage. Outside foot shot and flair traits are nice to have for his position. And let’s not forget about the unique body type that he comes with!

One of the best centre-backs of the game gets the best version. Although his pace isn’t as much as expected in this TOTS card, it’s still good. His defending and physical stats are impressive as always. He has a unique body type as well, just like almost everyone on this list. No wonder he’s currently going for around 2.7 million coins in the Playstation 4 market.

Honestly, is anyone even surprised that the one and only GOAT is back? After a bunch of killer cards throughout FIFA 21, we now finally get TOTS Lionel Messi. 99 shooting and dribbling combined with 91 paces and 96 passing is where it’s at with this card. 4* skill moves and a 4* weak foot along with a signature Messi body type definitely completes the card. Outside foot shot and Finesse shot traits definitely make him a lethal goalscorer. If you got 4 million coins lying around, maybe you’d wanna take a look at the La Liga TOTS 20/21, Lionel Messi.

Speaking about the La Liga TOTS, did you check out our ranking of Premier League TOTS this FIFA? Be sure to check it out here.

What do you think about our La Liga TOTS 20/21 list? Are there any changes you’d make? Let us know in the comments!