Team of the Week Barella Review 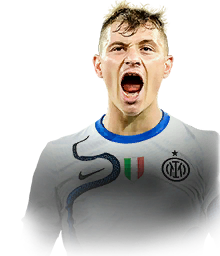 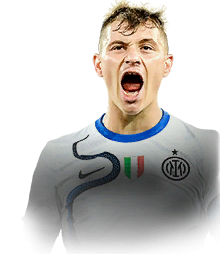 FUT 22 is up and running and many players are still looking to fit the right players in their squads. Team of the Week Barella is definitely one of the meta cards early on this FUT. Today we bring you a review of the TOTW Barella and let you know whether the card is worth it or not.

TOTW Nicolo Barella is a decent upgrade over the base card. Almost all of the stats are around the 75-80 mark, except for shooting. The 3-star weak foot and skill moves combo is alright to deal with at the start of the game. However, it’s the high/high work rates that make this Barella perfect as a box-to-box midfielder. The Short & Lean body type makes it perfect to dribble around with. The only notable trait the card has is Solid Player which really doesn’t make much of a difference. The best chemstyle for this card would be a Shadow to really boost that pace and defending. You can check out the entire card here.

We tried out the TOTW Barella playing him as a CM in a 4-4-2 formation alongside base Valverde.

The first thing one should notice about the card is how smooth it is. The body type paired up with the high agility-balance stats are the reasons behind that. The passing on this card is brilliant too unless you’re trying to be a little too ambitious. I’ve found IF Barella to end up in a lot of dangerous positions when in attack thanks to the high positioning stat of the card. It is a decent finisher in front of goal as well. But definitely, the best aspect about this card according to me would be the silky smooth dribbling even though it only has 3-star skill moves.

At a little over 80k coins on the PS4 transfer market, TOTW Barella has to be one of the best central midfielders in the game right now. If you can fit him in your squad, we’d definitely recommend this card.