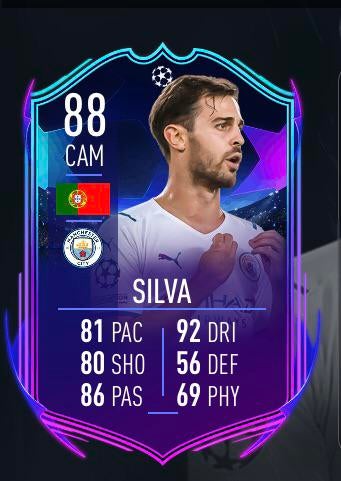 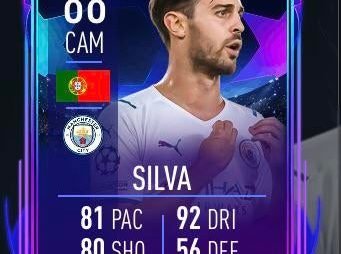 The RTTK promo is buzzing with even more fresh content dropping in FIFA 22. Last week, EA Sports dropped the UCL RTTK Bernardo Silva SBC. With the definite possibility of future upgrades, this is a pretty rewarding SBC. Keeping that in mind, we completed it so might as well bring you another review!

The entire SBC costs about 130k coins on the PS4 transfer market.

81 pace, 80 shooting, 92 dribbling and 86 passing are decent stats for this card. The card has 4* skills but a 3* weak foot. The High/High work rate combo aren’t the best for an attacking midfielder. The lean body type is always good to have in this game. As for traits, this card has outside foot shot and flair. Hunter is the exact chemstyle that’s needed since this card really lacks shooting and pace.

Unsurprisingly, the first thing I noticed about this card is the smooth dribbling. The left-stick dribbling inside the box is quite impressive. This is thanks to his height combined with the agility & balance stats. His shooting isn’t as bad as the stats shown on the card. He seemed to have finished pretty much all of the easy chances that he got in the games I used him. Even though the card lacks the finesse shot trait, I did manage to score a few. His touches are pretty smooth too, especially the ones inside the box. The biggest con in my eyes would be the strength. He seems to get bullied a lot by tall, bulky defenders. But that’s the price you pay for playing lean attackers that are short.

Keeping future upgrade in mind, the RTTK Bernardo is a pretty good deal. The card isn’t as good as RTTK Fekir, however. But if you’re running a Premier League squad, you might want to take a look at it. There really isn’t a CAM available at the 100k range for the Premier League. Solely because of that, the SBC is worth a shot. 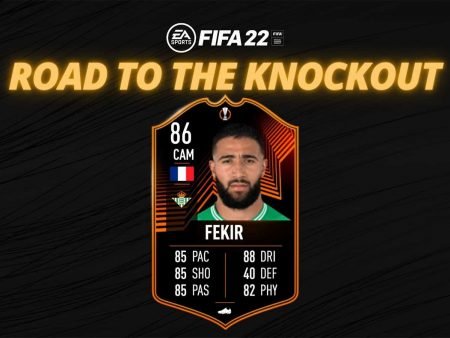